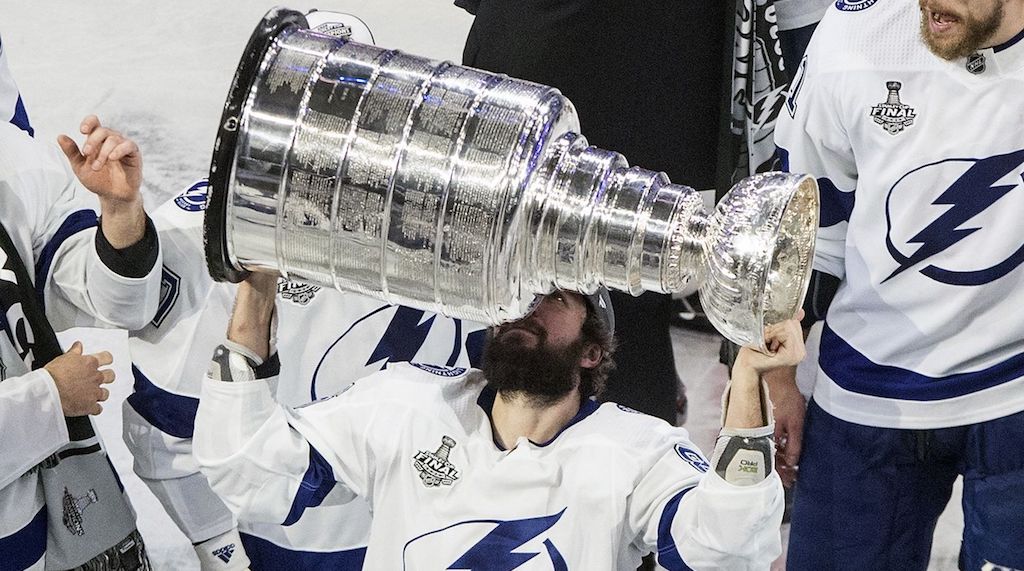 The 2019-20 NHL season finally came to an end with the Tampa Bay Lightning, a preseason favorite, capturing the Stanley Cup. It was an interesting season with a four-month coronavirus interruption, which will have an effect on the 2020-21 season. But without further ado, here are some 2020-21 NHL handicapping tips.

The big effect, of course, will be on the start of the new season. A date has not yet been announced, but NHL commissioner Gary Bettman has hinted that December 1 is the target date. It is believed that there may be several “bubble” cities where teams will play.

GET THE 1VICE ADVANTAGE BETTING THE NFL

Keep in mind that it will likely be a shortened season. Teams will likely play about 12 games per month and must complete the season by July 22. That is when NBC begins coverage of the 2021 Tokyo Olympics.

Heading into the new season, there are a few clear favorites. There are also a few surprises in the first release of the odds to win the 2021 Stanley Cup.

It should be no surprise that defending champion Tampa Bay (+750) is among the favorites to win the Cup in 2021.

The Lightning will return a flurry of stars in Nikita Kucherov, Brayden Point, and defenseman Victor Hedman. It’s unclear what Tampa Bay will do with Steven Stamkos, but if he returns healthy the Lightning will be tough to beat.

Also listed at +750 is Vegas, which won the Pacific Division and then advanced all the way to the Western Conference finals. They were eliminated by Dallas, but the Knights have an extremely talented lineup that includes C William Karlsson, LW Max Pacioretty, and D Shea Theodore.

Colorado(+750) might be more talented than either Vegas or Tampa Bay. Nathan MacKinnon (93 regular season points) and Mikko Rantanen are virtually unstoppable. The Avalanche were eliminated by Dallas in the conference semifinals. They might be a team to consider when talking about 2020-21 NHL handicapping tips.

Check out the odds to win the Stanley Cup that we posted on September 1st, 2020.

All Dallas did was advance to the Stanley Cup Finals in 2020.

They did it primarily with defense. The roster lacks the star power of a Tampa Bay or a Colorado, but veterans Joe Pavelski and Jamie Benn lead a solid lineup worthy of another shot at the Cup.

Still, the Stars are listed at +2000 to win next year’s Cup. That’s the same odds given to Toronto, which was eliminated by Columbus in the qualifying round of the playoffs.

In handicapping the 2020-21 NHL season, pay attention to contenders like the Boston Bruins. Remember, it was the Bruins that were on fire last season prior to the coronavirus halting the season.

Boston had a record of 44-14-12 and 100 points, tops in the NHL when the season was suspended. The Bruins went into the bubble as the favorite to win it all.

Then, the Bruins stumbled early in the bubble and goaltender Tuuka Rask decided to go home. Boston wound up the No. 4 seed in the East and was easily eliminated by the Lightning in the second round.

With MVP candidate David Pastrnak, Brad Marchand, Rask, and a host of others; the Bruins are still a solid contender to win it all in 2021. Boston is listed at +1200 at the best hockey sportsbooks.

The one early longshot that makes sense is Edmonton. The Oilers were the No. 5 seed in the postseason but were upset by No. 12 Chicago in the qualifying round.

Forward Leon Draisaitl led the NHL in points with 110 (43 goals) and won the Hart Trophy given to the league’s Most Valuable Player. The Oilers also sport Connor McDavid who had 97 points in the shortened regular season last year.

If Edmonton can tighten up on the defensive end, the Oilers could end up a valuable longshot at +2200 to win next year’s Stanley Cup.