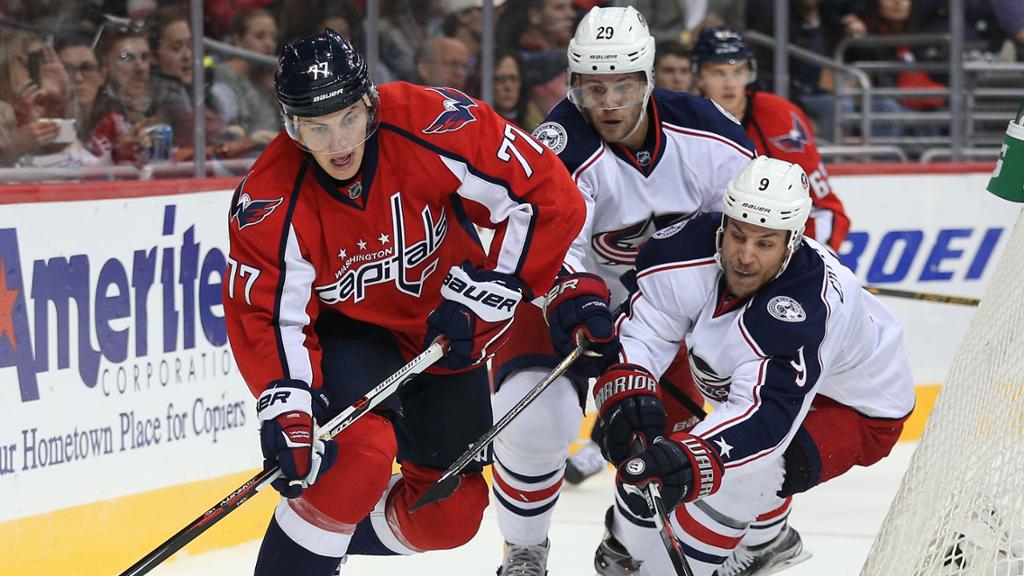 Both teams are playing well, both teams are on a roll and both teams have a legitimate shot in this series. This one will be good and the fans are going to get their money’s worth. The Capitals finished the season with a 49-26-7 record while their counterparts-the Blue Jackets, finished 45-30-7, near identical records and from top to bottom; not much separates the best from the last team to make it in this year’s playoffs from the Metropolitan Conference.

The Blue Jackets have an outstanding goaltender in Sergei Bobrovsky, it will be a tall order to score on this guy but he has an Achilles heel; the playoffs! He has been a letdown in years gone by. The problem for Washington; their goaltender has a grand total of 79 minutes of playoff experience. This creates a battle on both side and the defense will like not be able to keep up with the offense. In other words; look for a high scoring game.

Check out the total with your favorite bookie and jump on the over in this game. This contest has all the earmarks of a fast-paced, high scoring affair. It will be fun to watch and most definitely fun to bet on.

“I just think (Grubauer) deserves the opportunity,” Trotz told thesportscapital.com of going with Grubauer in Game 1. “Trust me, it wasn’t an easy decision.”

“It’s a privilege to start, for sure,” Grubauer told the Washington Post. “You treat it as Game 1 (of the regular season) or Game 82. It’s not going to change any of my approach.”

“It’s a coach’s decision who plays or not,” Holtby told the Post. “It doesn’t have anything to do with me. So, I just focus on one practice at a time and try to be a positive influence on the team and go from there.”

What the best bet in this one?

The Capitals clearly have the edge on special teams with the leagues seventh ranked power play and 15th rated penalty kill, while the Blue Jackets come in 25th on the power play and 26th on the penalty kill. The Blue Jackets don’t have enough and this series price is a bargain at -130. Lay the -130 on the series and have fun. This Capitals look like winners in this one.

View our directory of Top Online Sportsbooks, for betting on hockey

“It’s been inconsistent this year,” Blue Jackets coach John Tortorella told the team’s website regarding the penalty kill. “I’m not going to hide from that. You get into playoffs, just try to wipe the slate clean and get about your business here. We can focus in on their tendencies. That’s a big part of the series.

“Hopefully, we’re smart enough that we keep control of ourselves, our emotions, we’re a disciplined team and not sitting in that box a whole bunch in this series.”