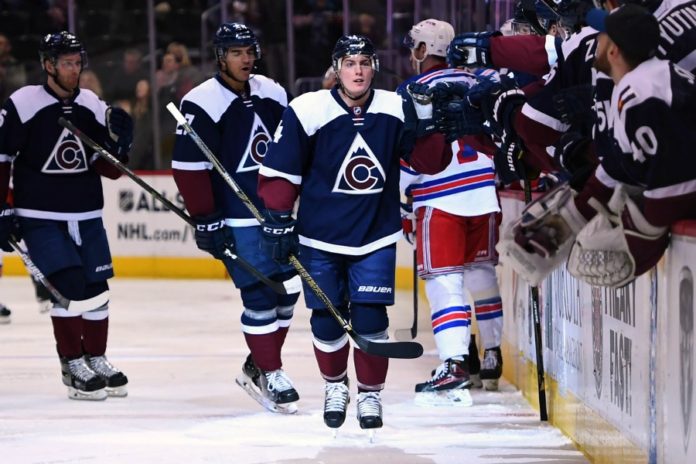 Patterns are aligning to reveal that the strategy to Fade Colorado to Start 2016 NHL Season is going to be a sound one.  Great to see one and all assembled back here at APEX Hockey Betting.  A Front Office in turmoil trickles all the way down to every team on the ice.  With Patrick Roy calling it quits out of thin air a while back, management still does not know what to make of it or even formulate a plan to continue.  We will look in at the situation in the Mile High City right now here at APEX Hockey.

August 11th came to a shock to almost everyone if not all in the franchise.  Patrick Roy told virtually no one of his decision to quit the Avs that day.  Both the head coach and VP of hockey operations jobs opened up when he decided to go his own way.  This was a coach that was aggressive but got along and had the respect of most of the players on the team.  The reason coach gave for his departure was that his vision was in conflict with others in the front office level.  This lead to team in a complete frenzy to fill the coaching slot before the preseason started.

An odd choice is that of Jared Bednar.  He is a former player but never made it to the NHL level.  The man is only 44 years old but earned his spurs in the AHL as a coach.  He got a Calder Cup Trophy in his tenure and the Blue Jackets gave him a contract extension for his AHL coaching gig for the Lake Erie Monsters.  Now he gets the giant leap up to coach the Avs.  The learning curve is going to have to be fast with their expectations heading into next season.

Two years out of the playoffs with this talent.  Team saying that 90 percent of the players were sad to see him go.  Something did not mix well with Roy’s tenure in Colorado.  Playing for a coach that demands so much is tough on professionals that know it is an ebb and flow to the regular season.  This new coach is going to want to go like gang busters right out of the gate.  Look for a week worth’s of results then a clear message from the players to back off the accelerator.  Overall the Avs should be faded from the second week to the second month of the 2016 regular season.  Good fortune and we will see you next time here at APEX Hockey Betting.