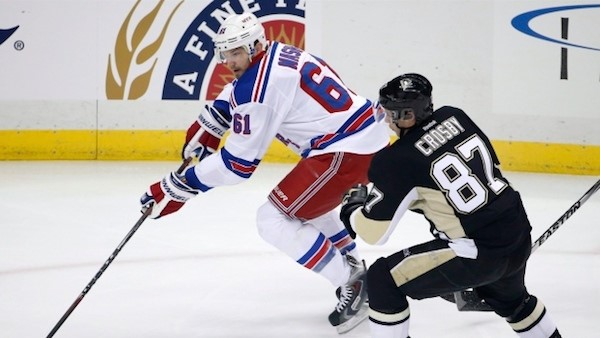 What is a “futures” bet? Well, it is a wager that is placed on a future event, whether there are two wagering options or two hundred. In hockey there are a number of different things that can be the subject of a futures wager. And they need to be explored.

Maybe the most common is a futures bet on who is going to win the Stanley Cup. That would include all 30 teams in the NHL, at least at the outset of the season. All of them will carry with them a price on winning the league championship. You can go to different sportsbooks and take a look at how they do futures, as some of them give longer prices for longshots. The reality is that if a team does not have a realistic chance to win the Stanley Cup, it doesn’t matter very much whether they are 100/1 or 10,000/1 to win.

But this can’t get too far out of control, because sixteen of the 30 teams wind up in the playoffs. That means it can be relatively deep into the regular season schedule with very few teams who are completely out of the running. And once the post-season starts, many playoff series have been known to be very unpredictable.

Stanley Cup winners are not the only thing customers at America’s Bookie have been able to wager on. There are four divisions in the NHL – the Atlantic, Metropolitan, Central and Pacific, and fans can forecast the winners of those divisions, keeping in mind that the first two divisions have eight teams apiece, while the Central and Pacific each have seven. What adds an interesting angle is that it would not be uncommon for the best team to NOT win the division.

And not every futures bet is connected to some function of team performance. A lot of fans love to speculate about who deserves to be honored at season’s end. There are a number of trophies that are also awarded at the end of the season, among them the Ross Trophy (leading scorer), Hart Trophy (most valuable player), Norris Trophy (best defenseman), Calder Trophy (top rookie), Vezina Trophy (top goaltender) and Lady Byng Trophy (gentlemanly play). And at some point, the sportsbook will have futures wagering that can cover these awards.

A very popular futures proposition in other sports has been the over/under on regular season wins. And with the NHL having changed its process to eliminate ties through the overtime and shootout process, all teams have a won-lost record without ties, and that takes out the challenge of having to figure ties into the situation as far as forecasting this figure.

Certainly the opening numbers on all subjects for hockey futures are based, to a certain extent, on last year’s results, along with personnel additions that may have been made. Naturally conditions change as the season progresses, and so futures bets in hockey are updated throughout the season, so there is less and less of a chance of hitting a huge longshot that would provide any value.