NHL Offseason : Lots of Issues for Boston and Detroit 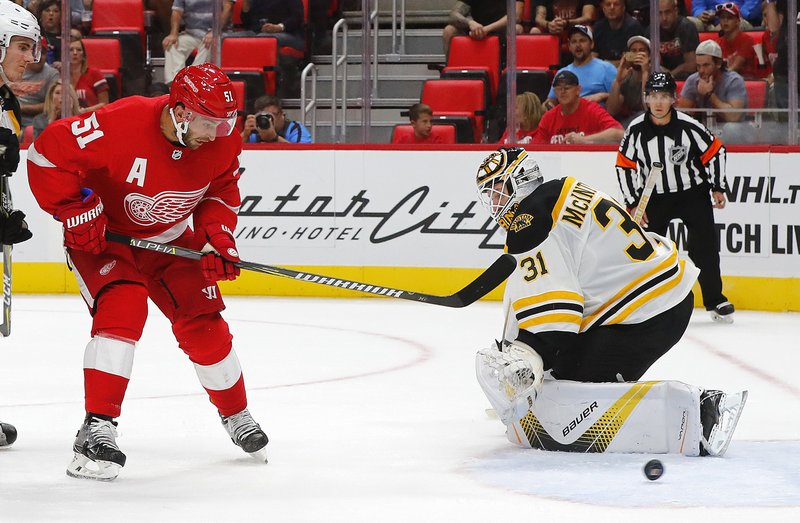 Two teams not afraid to spend still have NHL Offseason issues to address before the regular season.  Great to see everyone back here at APEX Hockey Betting.  Today we look at the Bruins and Detroit.  Boston got on a quest that distracted them from plugging the most obvious hole in their lineup.  Detroit has a ton of small questions and issues that they must address.  Let us see what is going on in two of the Original Six cities right now at APEX Hockey.

NHL Offseason : Work for Wings to Do

Lots of work still to do with the Red Wings.  Detroit needs to have gotten a top four defensemen but did not via trades nor free agency.  Further defensive concerns relies about the stability of goal tender Petr Mrazek over the course of an entire regular season. Zetterberg and Kornwall have significant mileage on them both.  So the fate of the Red Wings are in the hands of Nyquist or Tomas Tatar to get above expected offense from.  Look for Detroit to limp from the gate in the first month while all these issues try to be ironed out.

Many issues can take focus away from a team.  Remember how off the ice issues hindered on budding Buffalo star.  Now Boston has gone too much in pursuit of one of the better players in the draft.  Justin Schultz is a Harvard grad who is a college free agent.  After much pursuit, Boston lost his potential services to the Rangers.  Only now are they willing to look at putting resources towards their leaky defense.  Like Detroit, it will take a while to shore up this aspect of their team.  Look for team totals from the opposition to be up if they play normally.  If they come out conservative then look for Boston TT to be under for the first few weeks of the season.

Here are some more strategies to implement into your 2016 early regular season betting arsenal.  Good fortune in all your ventures this week and we will see you next time here at APEX Hockey Betting.