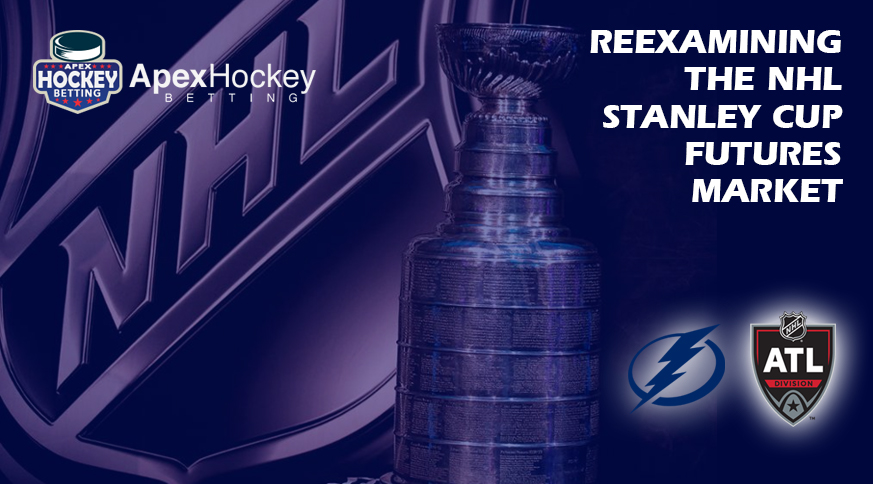 The 2019-20 NHL season would likely be over by now if not for the coronavirus that suspended the season back in March. The league has come up with a plan to complete the season and the new 24-team playoff has bettors rethinking their futures bets.

The format should make for an interesting playoff season, one which bettors should reconsider after the long break.

The favorites to win this year’s Stanley Cup remain the two teams atop the Atlantic Division – Boston and Tampa Bay. The Bruins (44-26-12) have the NHL’s best record and a Hart Trophy favorite in David Pastrnak who leads the league in goals with 48.

Both Boston and Tampa Bay are given +650 odds to win this year’s Stanley Cup.The Lightning will receive a boost as Steven Stamkos will return from an injury that was supposed to sideline him for the remainder of the season.

Colorado (+800) is a team on the rise and one of the real benefactors of the season’s suspension. The Avalanche will now have a healthy Nathan MacKinnon, Mikko Rantenan, and Nazem Kadri heading into the restart. MacKinnon is the Avs leading scorer and Rantenan and Kadri can score as well.

Introduction to Betting on Hockey

Colorado went 7-2-1 in their final 10 games before the suspension. With G Philipp Grubauer healthy too, the Avs are a real threat in the Western Conference.

The hottest team in hockey when the league suspended play was Philadelphia. The Flyers had won nine of ten before the break. The roster is void of superstars and with their momentum stopped now that the NHL hasn’t played a game in nearly three months, the Flyers seem too good to be true at +1000.

A more realistic longshot for the smarter bettor is the Flyers in-state rival – Pittsburgh. The Penguins are priced at +1600 to win it all, but with Sidney Crosby and Evgeni Malkin leading the way it’s a bet worth considering.

Pittsburgh will face No. 12 Montreal (31-40-9) in a best-of-five and would then face the No. 4 seed next. Currently, that is Philadelphia whom the Penguins beat in two of three games already this season.

The other longshot bet worth considering is on Edmonton at +2300. The Oilers have the league’s top two scorers in Connor McDavid (97 pts.) and Leon Draisaitl (110). What Edmonton needs is for goalies Mike Smith and Mikko Koskinen to get hot.

The Oilers will face No. 12 seed Chicago in the first-round of the playoffs. After that, anything is possible with the NHL’s fourth-best scoring offense.